Border Collie is sacrificed due to cruelty

A 44-Year-old Sydney man was found guilty at Liverpool Local Court, on 5th March 2019, to two offences in relation to his Border Collie cross. The first offence was committing an act of cruelty upon an animal, and the second offence was being in charge of an animal and failing to provide vet treatment. The man was convicted and fined $1,100.

The Border Collie cross named Sarski, who was injured during a dog fight, was found by Animal Welfare League NSW Inspectors on 25th July 2018. The man presented Sarski for veterinary treatment eight days after the attack, claiming he could not afford treatment.

Unfortunately, by the time the dog was presented to the clinic, it was in septic shock, as well as fractures rending the dog unable to bear weight. Despite expansive efforts of AWL NSW, Sarski’s prognosis was poor, and she had suffered for far too long. Sarski was humanely euthanised to prevent further suffering.

“Animal Welfare League NSW believe that there is no excuse for not seeking vet treatment for an animal that requires it; this is the basis of responsible pet ownership. We offer numerous ways to help the community if they are finding it difficult to meet the financial needs of their animals. As an Inspector of AWL NSW I am a part of a team responsible for enforcing the Prevention of Cruelty to Animals Act for the Department of Primary Industry and as hard as it is for an owner facing something like this, it’s about what’s best for the animal” said Inspector Alex Rowe who was responsible for the case. 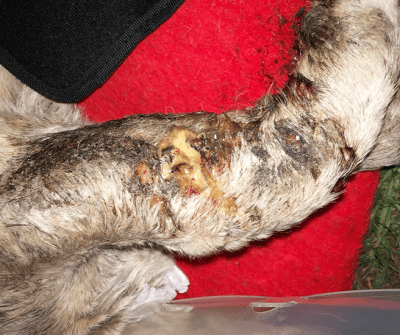 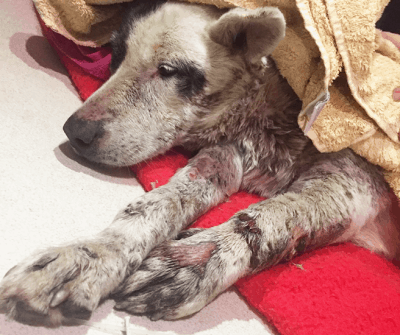 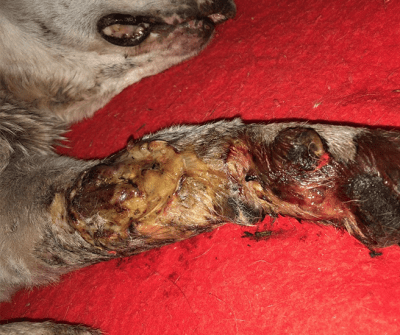