Pooncarie is a severely drought-stricken town 12 hours from Sydney, west of Broken Hill. Filled with more animals than people, 60 families fight for their livelihoods and the lives of their animals. Incredibly, Pooncarie only received 25ml of rain so far during the month of December 2018.

Animal Welfare League NSW became aware of the hardships occurring in Pooncarie and went out to help. AWL NSW arranged for two B-doubles filled with 12 pallets of hay, pet food provided by Hills Pet Nutrition, and flea and worming treatment provided by Bayer. The food was distributed to rural families and their animals including 112 dogs, 136 chickens, 6 geese, 9 cats, and remaining livestock

AWL NSW CEO Mark Slater stated that on his trip to Pooncarie “I caught myself staring at the landscape in genuine shock at the devastation of the drought. When we arrived at Pooncarie, we found it very difficult to get anyone to come into town to collect the food, medicines, hay, and supplies. After some calling around on a local emergency phone list the first local arrived, and 7.5 hours later we had unloaded and distributed everything we had. Everything in between was a blur of handshakes, unloading bags and hay off a semi-trailer and sunburn. I am thankful AWL NSW veterinarian Dr. Shay Moodley was there moving from car to car to vet check multiple dogs.”

“When I got back to the hotel in Mildura, I was quite emotional thinking about my own family, reflecting on the day’s experience. What was apparent is that there is more that AWL NSW can do, much more than we give ourselves credit for in terms of our capacity and there is a lot more that these rural families need, much more than they are prepared to ask for.”

AWL NSW believes that community support is needed in times of disaster for people across New South Wales. Your donations not only support animals in care at AWL NSW, but they also help the animals of New South Wales that suffer from natural disasters and other disadvantages.

Thank you to all of our supporters, Hills Pet Nutrition, and Bayer for making this much-needed trip possible. AWL NSW is thankful, as are the people of Pooncarie. 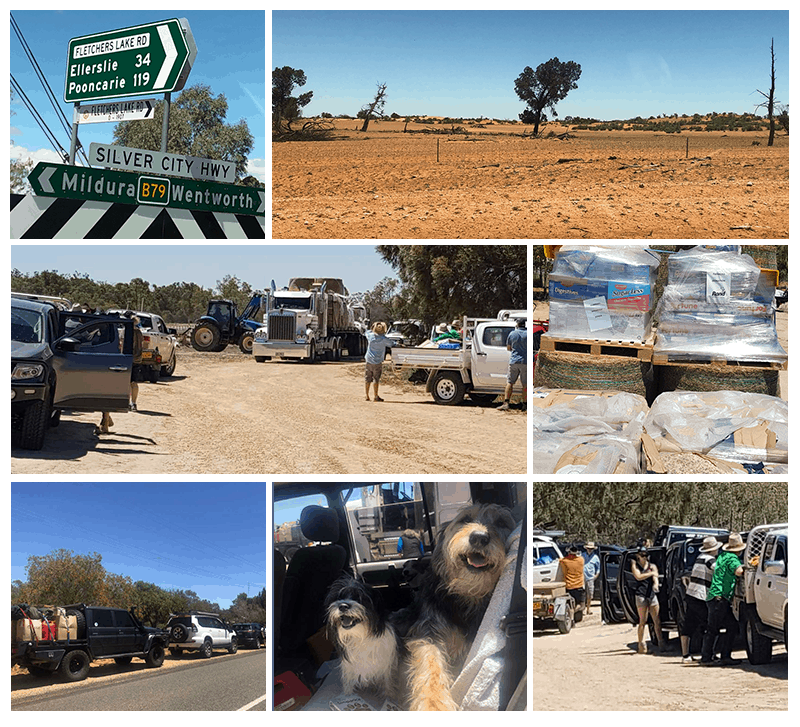 « An update on Sasha
Meow is the time to adopt »